Biography
William Henry Pearn lived with his parents until he was married at 31. In 1862 he married Elizabeth Heal, the sister of Jane who had earlier married his brother Edwin. The couple's chlildren were Clara, Emily, Ella, Alice, Henry, William, Ada, Maud, Norman, Minnie, and Edna. William was a memebr of Major Atkinson's troops during the Taranaki Land Wars of 1860-1861. He fought in the battles of Waireka and Mahoetahi. William spent some time at Henry Brown sawmills at Carrington Road. Following that he moved to Inglewood around 1873, where he became one of Inglewood's pioneering settlers. He continued with the sawmilling trade in Inglewood.
"The late Mr. Pearn was a man of sterling qualities, an industrious honorable man respected by all with whom he came in contact. Such are the men, now fast diminishing in numbers, who went out into the wilderness of forest that covered the whole of Taranaki in the early days and carved out their homes and brought the land under cultivation, and at the same time rearing large and sturdy families to follow in their footsteps" Taranaki Herald, 24 April 1919. 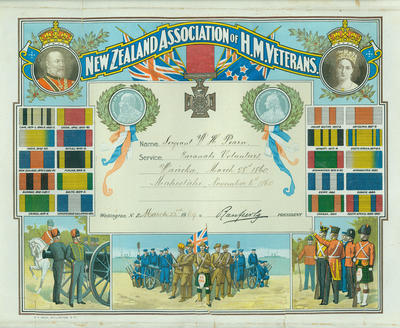 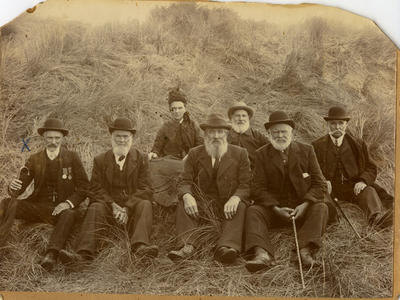 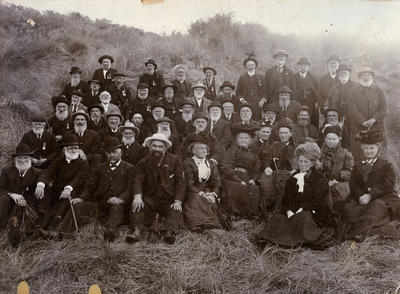