Biography
Te Whiti-o-Rongomai was born at Ngamotu, Taranaki, shortly after the second siege of Pukerangiora. He was the son of Tohukakahi, a minor chief of the Patukai hapu of the Ngati Tawhirikura branch, Te Ati Awa tribe, and of Rangiawau, daughter of Te Whetu. Through his father he was a second cousin of Honiana Te Puni and a nephew of Te Wharepouri. Te Whiti was educated at Reimenschneider's mission school at Warea, where he showed remarkable diligence in Bible studies.

After leaving school Te Whiti set up a flourmill at Warea. In September 1862, when the Lord Worsley was wrecked at Te Namu, he assisted Wiremu Kingi Te Matakatea, Te Ua, and others to protect the passengers from hostile tribes in the vicinity. It is doubtful whether Te Whiti himself ever fought against the Imperial troops. G. W. Rusden (History of New Zealand) says that he lived peacefully on the coast near Parihaka until 1865, when the troops burned his village. In spite of this provocation he refused to take up arms, but in the following year moved his settlement inland to Parihaka. Although he sympathised with the “King” movement and with Maori nationalism, and granted asylum to many rebels, Te Whiti would not allow his people to fight. For a time his influence in the “King's” counsels rivalled Te Wherowhero's, but the latter soon came to resent Te Whiti's theocratic pretensions. After the Maori Wars Wiremu Kingi Te Rangitake and Titokowaru were frequent visitors at Parihaka.

When the war ended Te Whiti was already formulating his own doctrines. Although he cloaked these in mysticism, the fundamental ideas were relatively simple. His first assumption was that the Maoris should be left alone to work out their salvation in their own way. This was not so much an assumption as a proven fact, as had been shown by the experience of the Waikato missions before the war. As a second assumption, Te Whiti accepted the Maori Land League's principle that no land should be sold to Europeans. In this connection he asserted that, because the Government had done nothing about the lands confiscated in south Taranaki, that policy had been abandoned. Te Whiti's third assumption concerned the attitude which Maoris should take against encroachments by Europeans. He argued, quite correctly, that, as direct negotiation and rebellion had failed, the Maoris should meet further incursions peacefully, by civil disobedience, and by passive obstruction. As a policy, passive obstruction appealed to the Maoris' sense of humour and proved very difficult for the Government to counteract. To these assumptions Te Whiti added a peculiar myth, which was based partly upon his studies of the Bible and partly the teachings of Hauhauism. This looked forward to a special “Day of Reckoning” when all the Europeans would voluntarily leave the country. A fund was set up at Parihaka in anticipation of this event. The eighteenth day of each month was the special festival for Te Whiti's cult, with 18 June being especially important. Accordingly, every month Maoris flocked to Parihaka to hear the prophet's word.

In 1879, when the Government surveyors began work on the confiscated land, Te Whiti launched his campaign of passive obstruction. Although this appeared harmless enough, being confined to ploughing roads and the settlers' pastures, and to removing the survey pegs, the settlers became alarmed and pressed for action against Te Whiti's followers. This alarm arose less from the passive obstruction than from their fear of Titokowaru, who was known to be active in the campaign. Both Grey and Hall tried to negotiate, but failed, because they could not admit Te Whiti's contention that the 1863 confiscations were illegal. Hall's Native Minister, Bryce, who advocated a show of force to overawe Te Whiti, resigned when his colleagues refused his advice. He rejoined the Ministry a year later when the other ministers had come round to his view. Early on 5 November 1880 Bryce led 1,600 Armed Constabulary and Militiamen to Parihaka, where Te Whiti and Tohu were placed under arrest. They were held, without trial, for about a year before being allowed to return home. Hall's action over the Parihaka crisis precipitated a serious constitutional crisis with Governor Sir Arthur Gordon, who was convinced that the action of the Ministry was harsh and unwarranted.

Although Te Whiti appeared to have lost mana because of his arrest, within a year he was in as strong a position as ever. During Fox's investigation of the West Coast land question, he renewed his policy of passive obstruction. In 1886 he and Titokowaru were gaoled for three months. The last outbreak of “Te Whiti-ism” occurred at Te Kuiti in 1889, when Te Mahuki proclaimed the dawn of the “Day of Reckoning”. Early in the 1890s, Te Whiti fell out with his coadjutor prophet, Tohu, over the disposal of the “Day of Reckoning Fund” and the movement split. Te Whiti-o-Rongomai died at Parihaka on 18 November 1907.

A man of high integrity and intelligence, Te Whiti was deeply respected by his followers. He has been described as “about 5 feet 10 inches tall, broad and strongly built, with an active, nervous temperament. His general appearance was prepossessing. He had a narrow forehead, small piercing eyes, a square firm handsome face”. Te Whiti lived simply and encouraged peace, industry, and sobriety among his flock. His economic ideas, however, could not but prove anathema to the encroaching European settlers.
- Encyclopedia of New Zealand
http://www.teara.govt.nz/1966/W/TeWhiti-o-rongomaiOrEruetiTeWhiti/TeWhiti-o-rongomaiOrEruetiTeWhiti/en 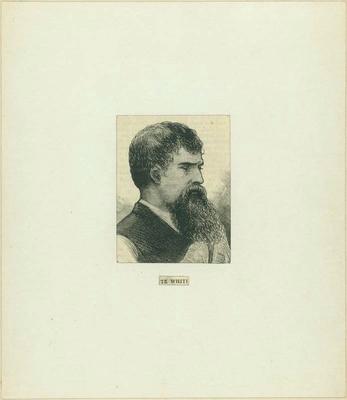