Biography
John Whiteley was born at Kneesall, Nottinghamshire, England, the son of James Whiteley, a grocer, and his wife, Elizabeth Rainor. He was born on 20 July 1806, which was also the day of his baptism. He went to primary school at Farnsfield and was apprenticed to a miller and baker before being accepted for training by the Wesleyan Missionary Society in London in 1831. He married Mary Ann Cooke on 4 September 1832 at South Collingham; they were to have six children. Whiteley was ordained to the Wesleyan ministry on 27 September 1832, at Lambeth Chapel, London. A month later he and his wife departed for New Zealand.

They arrived at the Bay of Islands on the New Zealander in late May 1833 and went to the Wesleyan mission station at Mangungu, Hokianga. After acquiring fluency in the Maori language, Whiteley was sent to Kawhia in Waikato, arriving in 1835. Assisted by the influence of Te Awa-i-taia, a convert to Christianity, Whiteley established a mission there. In 1836, after an agreement between the Church Missionary Society and the Wesleyan Missionary Society in London, the southern WMS mission stations were closed down. Whiteley spent the next 2½ years at Pakanae, Hokianga. With his wife and family he returned to Kawhia in early 1839 and reopened the mission station. His ministry among the Maori was successful. Records show a steady growth in numbers baptised, and attending worship.

Whiteley concerned himself with all aspects of Maori welfare. In 1840 at the request of officials he encouraged chiefs on the west coast of the North Island from Kawhia to Mokau to sign the Treaty of Waitangi, and in 1847 joined protests against the contents of a dispatch dated 23 December 1846 from the secretary of state for the colonies, Earl Grey, to the governor, George Grey. He was upset that the governor was instructed to treat unoccupied land as Crown land, and to sell this land to settlers. Whiteley argued that all land in the country had customary claimants, and that if the Crown took unoccupied land it would contravene the letter and spirit of the Treaty of Waitangi. Whiteley continued to protest long after his Wesleyan superiors had decided to let the matter rest.

In 1854 Whiteley moved to Auckland, where he was chairman of the Auckland district of the Wesleyan church. In 1856 he was sent to the troubled district of Taranaki. Whiteley's new district had a significant settler population. He found a community fearful and angry, and a mission in turmoil. There were serious disputes over the ownership of land, between settlers and Maori, and between Maori factions. Whiteley attempted to continue his mission work, and he was also principal of a Wesleyan mission school for Maori children, the Grey Institution. Because of his knowledge of Maori his services as a translator and adviser were sought by government officials, and he also acted as an unsalaried commissioner for native lands from 1858.

The unsettled conditions soon made Whiteley's work as a missionary almost impossible, and he came to believe that the settlers had a just case. He let his views be known to both settler and Maori alike. He was a prolific letter-writer, and in his letters he put the case for the settler community. He believed that armed opposition to the sale of land was rebellion against the Crown and when war broke out he supported the government, while attempting to carry on with his ministry.

An essay which Whiteley wrote in 1868 illustrates the change in his perspective on the ownership of land. Once he had defended the right of Maori to control all their lands, whether occupied or not; now he insisted that the settlers had a claim to purchase and make use of unoccupied land. 'It has been said, "The natives are fighting for their lands." But "the earth is the Lord's" & for 600 years he has been waiting for them to "occupy", 600 years more would find them with millions upon millions of still unoccupied acres; and Providence indicates that now shall this portion of his earth be occupied by those who are able and willing to bring forth the fruits thereof.'

On 13 February 1869 a Ngati Maniapoto war party led by Wetere Te Rerenga sacked the redoubt at Pukearuhe (White Cliffs). The redoubt had blocked the path from Mokau to Taranaki where Titokowaru and his followers were fighting against government forces. It is thought that the leaders of the King movement approved of the attack and were planning to join the war against the government. In the course of the attack, civilians were killed, including three military settlers and the wife and four children of one of them. Later the same day John Whiteley, who had travelled to Pukearuhe to minister to the garrison, was also killed. He had ignored warnings from Maori not to proceed. His death, which appears to have been unpremeditated, came as a shock to the settler community. A reprisal raid against Mokau was considered but no expedition was sent as the government did not want to renew fighting in the area. In recognition of the services Whiteley had rendered, the government passed an act of Parliament in September 1869 which provided an annual payment of £100 for Mary Ann Whiteley, and after her death, for her unmarried daughter, Hannah Whiteley.

Whiteley made an important contribution to the work of the Wesleyan Missionary Society. He had a genuine concern for the Maori people, and a sense of the importance of the Treaty of Waitangi. However his advocacy of the settler position in Taranaki was ill judged, and hampered his missionary efforts among the Maori people. Whiteley was thrust into the midst of a conflict he could not understand or resolve. In the end he was a victim of that conflict.
- Dictionary of New Zealand Biography 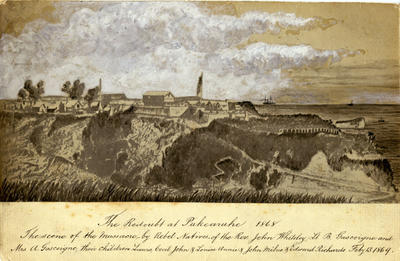 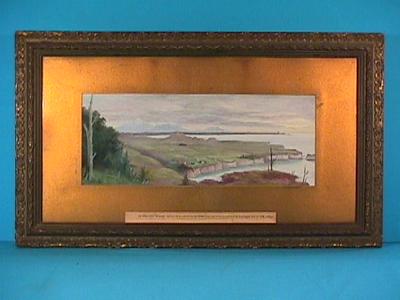 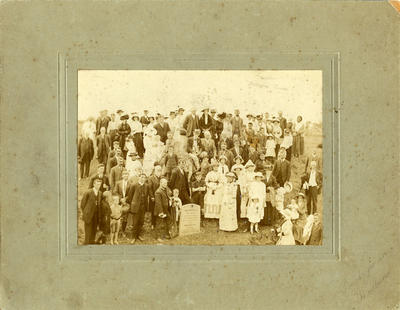 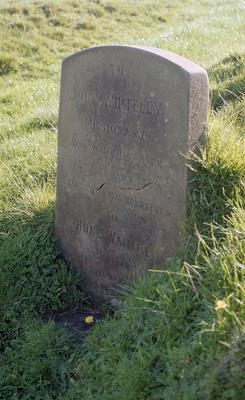