Biography
Prior to 1758, the 65th Regiment was part of the 12th regiment as its 2nd battalion. Upon its separation, the battalion was renamed the 65th (2nd Yorkshire North Riding) Regiment of Foot. However, it was not until the 19th century that the 65th, also known as 'The Royal Tigers' left their legacy in Aotearoa New Zealand as the longest serving regiment during the New Zealand wars, with over 1,100 soldiers discharged in the colonial nation. The 65th started their service in New Zealand in much the same way as the 58th, brought over from guard duties on convict ships in Australia. When conflict ensued in the Hutt Valley in 1846, most of the 65th guards were shipped to Wellington on the Levant. However, the main part of the regiment was transferred from Woolwich to Sydney via Hobart Town, when shortly after 200 soldiers were stationed in the Bay of Islands with the remaining troops sent on to Auckland. In July 1847, the 58th regiment was stationed in Auckland so the 65th relocated to Wellington. A great number of 65th soldiers were shipped from the United Kingdom to Australia and then brought to New Zealand between 1846 and 1852, and then further reinforcements were sent direct up to 1864. The 65th headquarters were based in Auckland, but they also had detachments stationed at Wellington, Napier, and Taranaki.

From 1860, 'The Royal Tigers' played a significant part in the Taranaki wars and also fought in the battles at Rangiriri and Orakau between 1863 and 1864. The British forces in the Taranaki war eventually numbered around 3500 men, comprising of soldiers from the 65th, 1/12th, 2/14th, 40th and 57th regiments. Initially, Colonel Charles Gold commanded these combined regiment detachments. After severe losses during war at Puketakauere, a dispute between Major Nelson and Colonel Gold ensued, where the former had expected the latter to lead a force of the 65th regiment through the rear of the pa fortification. Colonel Gold however, attempted to pursue his way in and had encountered a heavily flooded river, resulting in the 65th’s retreat. Each commanding officer blamed the other for the severe casualties. Gold was subsequently replaced by Major-General Thomas Pratt on the 3rd of August 1860. On November 6, General Pratt took approximately 1000 soldiers from the combined regimental forces and attacked Ngāti Maniapoto at Mahoetahi, whose force numbered approximately 150. Fighting continued throughout the region, as the Crown’s forces increasingly confiscated more territory, including the old pā site at Kairau where some of the combined detachments were stationed.

On the 18th of January 1861 Major-General Pratt led an attack on Huirangi Pā, strengthened by a series of interconnected redoubts built along the Waitara River. They consequently drove back Te Ātiawa and their Waikato supporters. On the 23rd of January, Māori forces laid a counter attack at the 40th regiment’s garrison, Redoubt no. 3. The 65th and 12th regiments moved in to defend the redoubt from their position at Kairau.

Before the commencement of the Waikato Wars, the 65th assisted in battle along Great South Road from Auckland. The Great South Road engagements occurred on 17 July 1863, when Ngāti Paoa forces attacked the 18th regiment at Martin’s farm, south of Ramarama. The regiment suffered five deaths and eleven more soldiers were wounded in this engagement. At Pukekohe, the 18th and the 65th regiments were summoned to the aid of the Forest Rifle volunteers under Sergeant Perry.

In November 1863, 320 soldiers from the 65th regiment attacked Te Wheoro’s Redoubt at Rangiriri alongside 290 men from the 12th and 14th regiments. The conclusion of the battle at Rangiriri caused significant dispute, when the Waikato force raised a white flag as a sign of impasse, intending to negotiate terms. The imperial troops however, took the flag’s appearance as a sign of their opponents’ surrender. The 65th regiment was thereafter stationed on the East Coast, where a ‘movable column’ of 12th, 14th, and 65th detachments took part in the battle at Pukehinahina (Gate Pa) under General Cameron.

The 65th regiment were the longest serving British unit in Aotearoa New Zealand, stationed here for nineteen years, and over 1300 soldiers took their discharge here. In October 1865, the regiment returned to England on the ships Rob Roy and John Temperley.

Cowan, James. The New Zealand Wars : A History of the Maori Campaigns and the Pioneering Period. Wellington, N.Z.: W.A.G. Skinner, 1922. 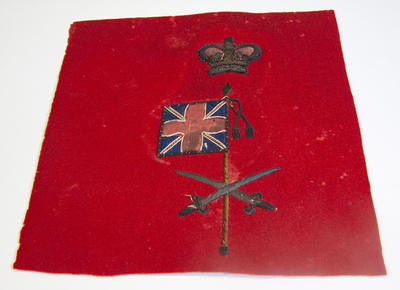 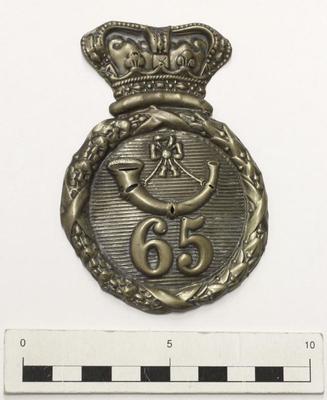 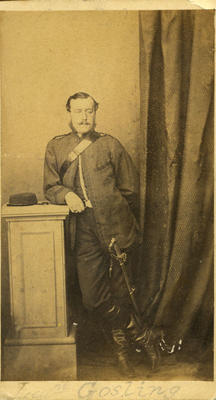 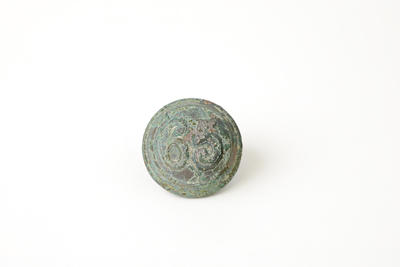 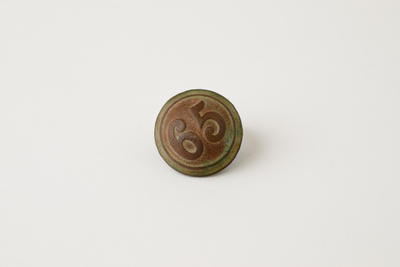 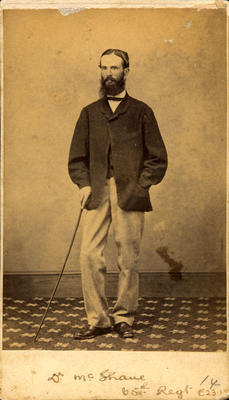 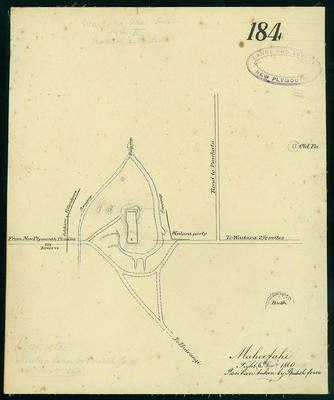 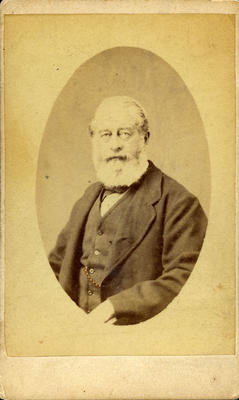