http://www.johnleechgallery.co.nz/artists/featured/michaelsmither/
http://www.citygallery.org.nz/mainsite/michael-smither-the-wonder-years.html
http://www.christchurchartgallery.org.nz/Collection/Infosheets/75_41.pdf
http://www.art-newzealand.com/Issues1to40/environms.htm
http://www.ronsangpublications.co.nz/
http://en.wikipedia.org/wiki/Michael_Smither
http://www.lumiere.net.nz/reader/item/379
THE ICONIC painting of a little girl eating baked beans has become synonymous with Michael Smither, and those in search of his other infamous paintings that have become such a part of New Zealand life, will not be disappointed by The Wonder Years. Smither’s first major exhibition since 1984 spans the period between 1962 and 1979 during which he was prolific and varied in the paintings he produced. Explaining the time as a “hormonal period” in his life, due to his finishing school, getting married and “being religious”, the artist is modest and practical about the volume and range of works on display.

Besides each painting, Smither has written a few sentences describing the work, or providing viewers with an anecdote detailing how it came about. As a result, this is an incredibly personal exhibition, where his voice comes through in text as well as image and where the artist’s natural surroundings, domestic life, religious and political views are all on show. In the Reading Room, a 30 minute DVD plays of Smither talking about six of the paintings, and we are given an unparalleled insight into this incredibly open man and his work. Playing through the Gallery, is the Smither’s own composition, 21 Piano Pieces, underlining that this is not only a visual presentation, but a more manifold artistic performance where the viewer can use the music to ‘play’ the paintings.

Living in New Plymouth, Smither produced many well-known landscape paintings, notable for their realist style and glistening colours. Vantage points are often very high or low, allowing certain aspects of the image to nestle in the background, or overwhelm the foreground as desired. Rocks With Mountain is an obvious example of this technique, in addition to being one of the celebrated rock paintings. In placing the pink pool so close to the point of view, and hence being able to paint it so large, the painting becomes undeniably political. Far from being a study on the manipulation of the oval form into a rock, this is a powerful piece where the blood of revolutionary workers is in the fore, and Smither’s sympathies with the Czech revolutionaries of the time are displayed. Look a little closer, and far away, at the foot of the mountain, is a lone red tractor. How far away, how small the tractor next to the mountain – how large the proletariat struggle.

Whilst paintings such as Rock Pool with Neptune’s Necklace are moving meditations on the natural world and depictions of the beauty of the landscape so adored by Smither, paintings such as Rocks, Concrete and Iron force New Zealanders into a contemplation of their own environment. With only a small glimpse of the sea in the background, the painting is dominated by the harsh materials of concrete and iron. These are immediately symbolic of our destruction of the natural landscape, but in placing such emphasis on the rocks beside them, Smither is also pointing to our own introduction of rocks on a shoreline once resplendent with sand dunes. Our desperate and violent reactions and attempts to control nature are highlighted for their senselessness, and Smither is successful in presenting his environmental concerns.

Be they political or not, the landscape paintings are an exceptional body of work and each one has some aspect to it that is arresting. Large Blue Pool with Wave Invading, for example, is a dynamic representation of the impending disturbance of a tranquil pool where the sense of movement has been so accurately captured that the viewer half expects the paint to move. On the other hand, equally stirring, yet quite different, The Spring Night of Kirby Wright is more of a romantic dream-work showing streetlights dazzling against the moonlit night sky.

The second room houses Michael Smither’s ‘domestic paintings’ which were initially received with mixed reviews. Perhaps we are no longer surprised by the forms hands and faces take in these paintings, but they now appear as superbly realised evocations of family life. The wonderful positioning of Nude on a Green Couch next to Rubber Gloves serves to draw out the tensions of family life; the latter depicts a symbol of a frustrated wife, while beside it the former is a composition Smither admits to painting as a placatory gesture.

Centrally placed among these paintings are Smither’s ‘paintings of the revolution’ and ‘religious paintings’, though they are surrounded by pictures of domesticity, they cannot be ignored. Smither’s anti-war statements are powerful, particularly for their use of young boys and their comment on mass culture, though the power of his religious paintings is testament to his Catholic upbringing and originality as a religious painter. His representation of the crucifixion is immediately striking for the black space in the place of Christ’s face. Yet given more thought, Smither’s modest and pragmatic approach makes sense, for how could a painter paint the face of Christ while on the cross?

The Wonder Years displays works painted three decades ago, yet they have lost none of their ability to challenge viewers and confront issues. Still stirring paintings, they have a powerful magic realist quality to them that allows Smither to communicate with his viewers through his work. It is hard not to leave this exhibition without wanting to see more, and, in particular, what Smither is painting now.


Michael Smither is one of New Zealand’s most renowned and respected artists. His painting is often deeply personal and autobiographical, delving into the domestic landscapes and outside environments of his daily life. ‘Michael Smither—The Wonder Years’ – the first major exhibition of his work since 1984 – focuses on the incredibly productive period between 1962-1979 when the artist was living in his home town of New Plymouth....[Read More] 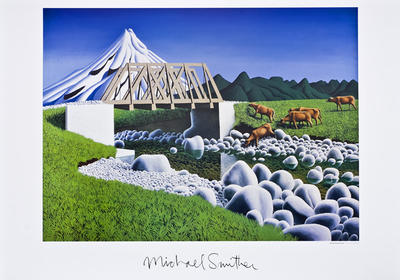 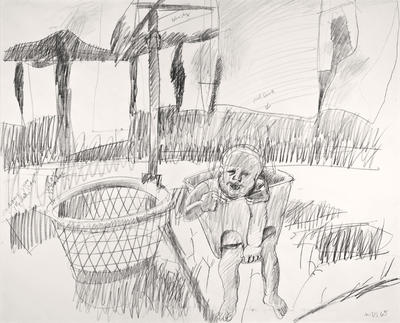 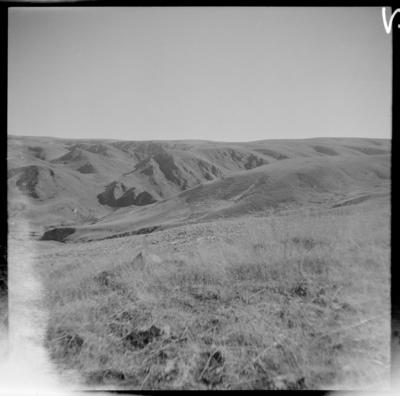 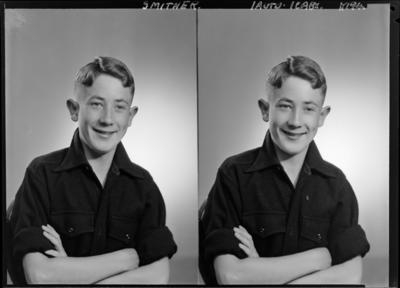 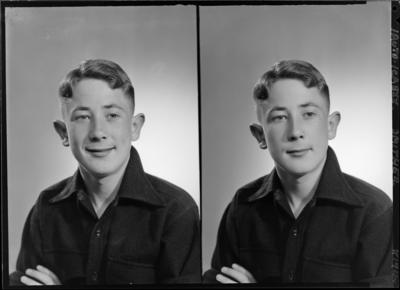