Biography
Rae van't Hof (nee Eves) is a self-taught artist living in New Plymouth. She was born in Wakefield, Nelson in 1938 and was schooled at Nelson Girls' College. After leaving school she worked at a department store doing ticket writing and window dressing. She also worked in offices doing short hand typing. Around 1959 she moved to Wellington, where she lived for several years before meeting her husband Gerrit (Clarry) van't Hof and moving to New Plymouth in 1961. The couple married in New Plymouth that year. Rae worked in several jobs once living in New Plymouth, including as a court reporter and at the Education Board. Rae and Clarry had two children, Adrian (b. 1965) and Paul (b. 1967).

Rae has painted since she left school. She enjoyed the art scene in Wellington while she lived there, participating in evening classes at Wellington Polytechnic taught by James Coe. She paints in both acrylics and oils, concentrating on landscape, still lifes, humans and animals. Her work is simple and uncluttered, focusing on good composition.

She has always loved the work of Robin White, Don Binney and Colin McCahon. She was painting in the 1960’s and 1970’s and was influenced by touring exhibitions such as the Benson and Hedges Art Award. During that time, one of her works was included in a national tour of the Manawatu Contemporary Art Prize.

She has had numerous group and solo exhibitions both nationally and internationally. She has taken part in group shows in both New York and Vancouver. She is a member of the NZ Academy of Fine Arts and has taken part in two of their “Going Solo” exhibitions. She has also belonged to the Taranaki Art Society. She was friends with Don Driver, who introduced her to painting with acrylic. She was also part of independent Taranaki art group Artizone for 5 years, which was where she became friends with New Plymouth painter and critic Pam Walker. She has had commissions from the NZ Nature Co. for a series of Christmas and nature cards, which were sold through their mail order magazine.

In addition to her painting career, she was a finalist in the 2011 Brancott Wearableart Award with her entry “Weatherboard Gothic”, which depicted white timber churches on a blue background. She entered in the 'Man Unleashed' section. 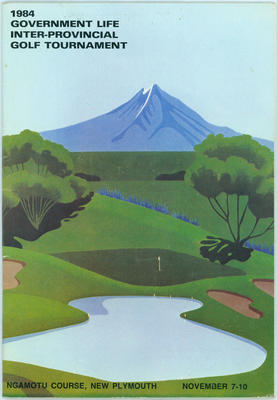