Biography
Matakatea was a high-born Taranaki war chief in pre-European times. After the great Waikato victory at Maru (1826), many of the refugees of the Taranaki and Ngati Ruanui tribes fled to Matakatea's pa at Te Namu, close to Cape Egmont. There, in 1833, a strong party of Waikatos besieged him, but were repulsed. In 1834 a stronger Waikato party, led by such redoubtable chiefs as Potatau Te Wherowhero and Wahanui, laid siege to Te Namu, but Matakatea, aided by Titokowaru and other Taranaki chiefs, repulsed them so forcibly that the Waikatos sued for peace and ended their depredations against the west coast tribes. Although his forces were reinforced by eight whalers with four carronades, this victory was popularly attributed to Moki's own devastating accuracy with a rifle – hence he was always known as Matakatea – the “clear eyed”. Later in the same year, when the brig Harriet was wrecked near Cape Egmont, Matakatea rescued the wife and family of Captain John Guard from being eaten. Matakatea embraced Christianity and was well-disposed towards the Europeans. He also used his influence to prevent further outbreaks of tribal wars.

In the early 1840s Matakatea was challenged by Iwikau, the Tuwharetoa chief from Taupo. Matakatea did not wish war and did his utmost to avoid it, but when it was forced on him he besieged Iwikau's forces in the derelict Patoka pa near Wanganui, starved them, and then overwhelmed them with terrible slaughter, slaying the chief Tauteka in personal combat. Matakatea took all the captured Tuwharetoa women to Taranaki where he shortly released them with an offer of peace. Ngati Tuwharetoa never forgave this insult, and the murders of Kereopa and Manihera (12 March 1847) arose out of it.

In 1860 Matakatea sided with Wiremu Kingi Te Rangitake in the Waitara dispute and fought in the Waireka engagement. Nevertheless, he interceded to protect the survivors of the Lord Worsley, wrecked off Te Namu on 1 September 1862, and cared for them until they could be taken to New Plymouth. He later tried to restrain the “King-ites”, but his house was burned by the Imperial troops.

Matakatea took part in the ploughing incidents around Manaia in 1879 and supported Te Whiti. For this he and his followers were arrested and taken to Wellington. Realising the injustice of this, Rolleston offered to release Matakatea, but the chief refused to leave without his fellow prisoners. Matakatea's arrest was long held to be a stain upon the Hall ministry.

Wiremu Kingi Matakatea was one of the greatest war chiefs of his day, and in this ranks with Te Rauparaha and Tuhawaiki. His heroic resistance to the Waikatos saved his and allied tribes from subjugation, and he defeated the best Waikato chiefs in the field. His reputation as a fighting chief permitted him to stand aloof from Hauhauism and he died on 14 February 1893, at an extreme old age.
- An Encyclopedia of New Zealand
http://www.teara.govt.nz/1966/M/MatakateaWiremuKingiOrMoki/MatakateaWiremuKingiOrMoki/en 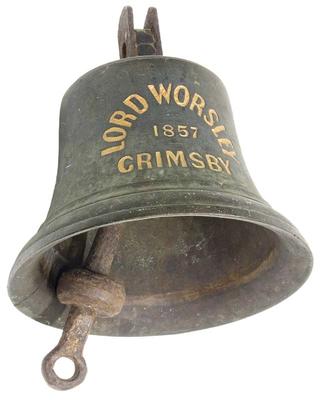