Biography
Thomas Good was born in Aston Court, Worcestershire, England; arrived New Zealand 1845 with an uncle and took up land at Omata, Taranaki. He played a leading part in the Taranaki wars, designed and built the Omata Stockade, as a Captain of the No. 2 Company of the Bush Rangers received a grant of land at Urenui where he farmed for 15 years. About 1875 moved to Oeo, and in 1901 to Hawera, where he was when he died. The watercolours he made during the war are of great historical interest: two illustrations in C. F. Hursthouse's Account of the Settlement of New Plymouth pub. 1849 are after sketches by Good. Represented: Hocken.
- Nineteenth Century New Zealand Artists: A Guide and Handbook
http://www.nzetc.org/tm/scholarly/tei-PlaNine-t1-body-d1-d495.html#name-124883-mention

Captain Thomas Good, one of the pioneer settlers of Taranaki, was born in the year 1823 at Aston Court, Worcestershire, England. He was educated partly in England and partly in France, and was brought up to country life. Subsequently, he came to New Zealand, and arrived in New Plymouth in the year 1845. He took up land in the Omata district, and, with other settlers, was driven into New Plymouth for shelter, at the time of the Maori disturbances. For some time he had charge of a company of friendly natives, but resigned the position on becoming captain of the No. 2 Company of Bush Rangers. With this company he served throughout the campaign without being wounded, and for his services he received the New Zealand war medal and 400 acres of land at Urenui. Captain Good then settled in Urenui, and took charge of the northern outpost for about five years. He subsequently settled at Oeo, where he took up a large block of land, with his homestead at Pihama, where he resided until the year 1904. when he removed to Hawera, and settled at Ramanui. Captain Good was a member of the Taranaki County Council for some time.
- The Cyclopedia of New Zealand Taranaki, Hawke's Bay, and Wellington Provincial Districts
http://www.nzetc.org/tm/scholarly/tei-Cyc06Cycl-t1-body1-d1-d28-d48.html#name-124883-mention 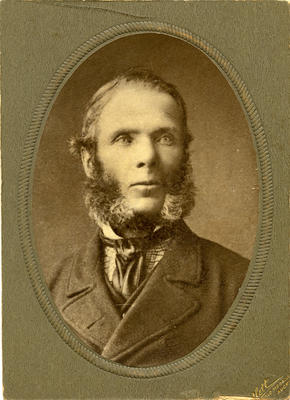 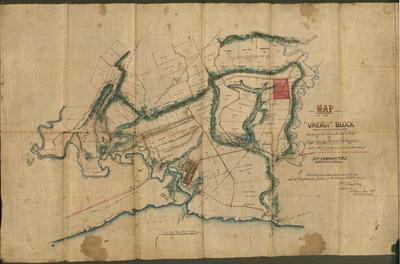