He trained with master carver Pine Taiapa of Tiki Tiki and then with fellow members of the contemporary Maori art movement, which eventually formed itself into the Maori Artists and Writers Association (Nga Puna Waihanga) in 1973.

Ford was a professional arts advisor to schools from 1952-1969. He was a lecturer in Art at Hamilton Teachers College from 1970-1973 and was Senior Lecturer in Maori Arts at Massey University, Palmerston North, from 1974-1988. From 1988 until his death in 2005 Ford worked as a professional artist.

His paintings and sculptures achieved wide recognition during his long career; he exhibited work at a national level in New Zealand from 1966.

"Across the past twenty years my work has been greatly influenced by the cloak. This originated from our family history, where here in Aotearoa, New Zealand the Maori and European branches each needed the flax plant to carry forward their futures. As I contemplated the mix of outcomes from the 1840s, the rope works, the trading, the marriages, the continuing migrations etc these thoughts became materialised in twisting fibers that grew into great taniko bordered cloaks. Like birds who migrated as people did the cloaks fly into the sky.

"Then as my own experiences broadened, as my ancestors had, so did the cloaks alter, disentangle, reform, break up, disperse and reassemble in new guises. The first new series was Te Aitanga a Kiwa (The Lands and People of the Pacific Rim) that mapped my positive reaction to indigenous artists from the Pacific Rim, their lands, peoples and arts. The next was Taniko Border where a mixture of the Rim, British Museum Maori works and a visit to Munich were underpinned by a Taniko Border that turned the whole work into a cloak again. This is now unraveling and first hand experience with the rare takahe is becoming interwoven with elements of all of those series. For each new experience a new identity emerges and new images chart the journey." John Bevan Ford, 1999.
(Source: http://www.dilanaworkshop.co.nz/our-artists/?artist=24) 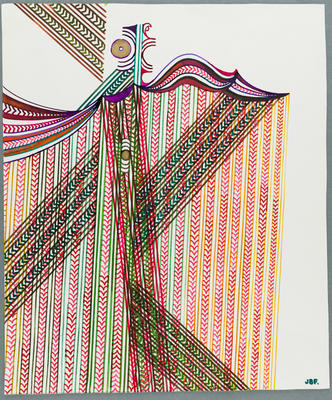 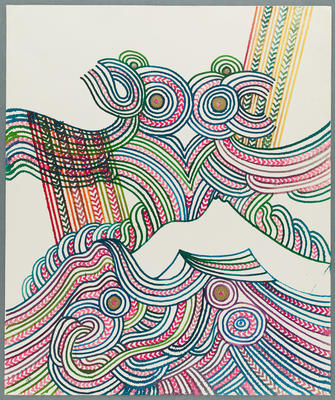 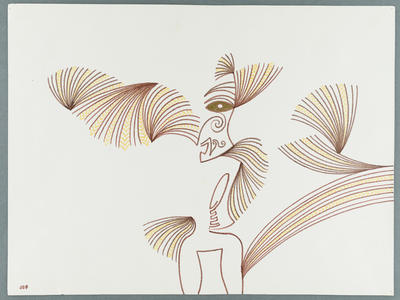 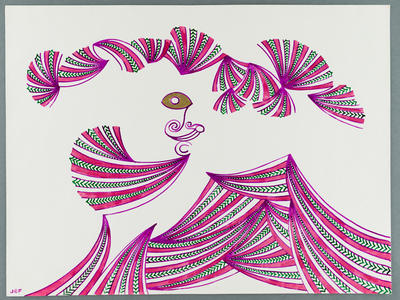 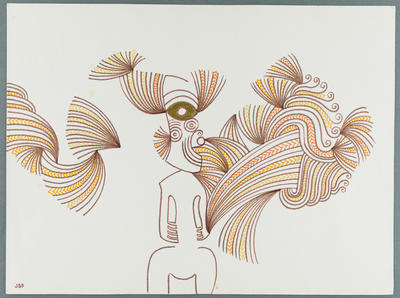 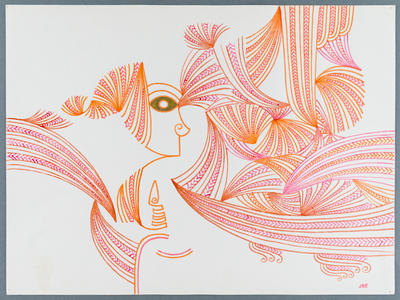 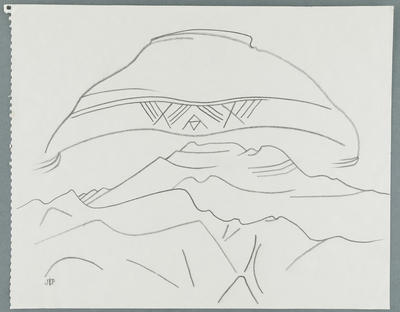 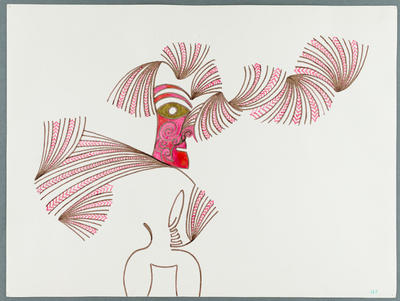 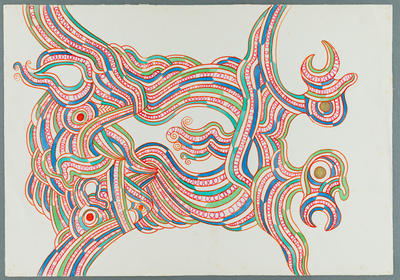