Date of birth / Date established
Date of death / Date closed
Biography
Known informally as “The Old and Bold”, the 14th (Buckinghamshire) regiment of foot operated between 1809 and 1876. The 14th was based at Queenstown in Cork, Ireland when in 1860 the second battalion travelled to Auckland, New Zealand to fight in the New Zealand Wars. Upon arrival, one detachment was sent to Napier and another to Wellington. The regiment was present at the siege of Te Arei, and served thereafter in Taranaki.

The British forces in the Taranaki war eventually numbered around 3500 men, comprising of soldiers from the second battalion of the 14th, the first battalion of the 12th, the 40th, 57th, and 65th regiments. Initially, Colonel Charles Gold commanded these combined regiment detachments, who was subsequently replaced by Major-General Thomas Pratt on the 3rd of August 1860 after the colonial forces suffered severe losses at Puketakauere. On November 6, General Pratt took approximately 1000 soldiers from the combined regimental forces and attacked Ngāti Maniapoto at Mahoetahi, whose forces were of approximately 150 in number. Fighting continued throughout the region, as the Crown’s forces increasingly confiscated more territory, including the old pā site at Kairau where some of the combined detachments were stationed.

The 14th‘s involvement in the Waikato wars commenced when General Cameron led the regiment into battle at Koheroa on the 12th of July 1863. Successfully defeating Te Huirama’s forces, the colonial troops built a redoubt facing their next point of invasion at Meremere. In November, the second battalion of the 14th regiment joined with a detachment of the 1/12th, totalling 290 soldiers, along with 320 men from the 65th regiment in the battle at Rangiriri at Te Wheoro’s Redoubt. The 14th was led by Lieutenant Colonel C.W. Austen, who was killed during battle at Rangiriri. The conclusion of the battle caused significant dispute, when Waikato raised a white flag as a sign of impasse, intending to negotiate terms. The colonial troops however, took the flag’s appearance as a sign of their opponents’ surrender. The 14th regiment was thereafter stationed on the East Coast, where a ‘movable column’ of 12th, 14th, and 65th detachments took part in the battle at Pukehinahina (Gate Pa) under General Cameron.

In 1865, the 14th participated in General Chute’s campaign in South Taranaki, part of a large group of colonial forces. Leading troops from Whanganui on the 30th December, his force comprised 280 men of the 14th regiment, 33 Royal Artillery men (Under Lieutenant Carre), 45 Forest Rangers (under General Von Tempsky), a 300 strong contingent of Whanganui Māori and supporters (Under Major McDonnell), with a transport corps made up of 45 men. On the 3rd of January, 1866, Chute invaded Okotuku with the Māori contingent and three detachments from the 14th regiment, where they burned the village to the ground and the next day destroyed the local crops. Chute’s ‘scorched earth’ policy …. The 14th was led by Chute in his Forest campaign, with the Forest Rangers and the Māori contingent. The final battle took place inland from Warea-Opunake, where the colonial forces took Waikoko pā, where one soldier from the 14th Regiment died in battle. Over five weeks, the force invaded and destroyed seven pā and twenty-one villages with high casualties for their opponents.

In September 1866, the 14th regiment returned to Auckland before departing to Australia in October. However, between 1961 and 1968, over 60 soldiers from the 14th took their discharge in New Zealand. The 14th (Buckinghamshire) regiment officially returned to Ireland in March of 1870. 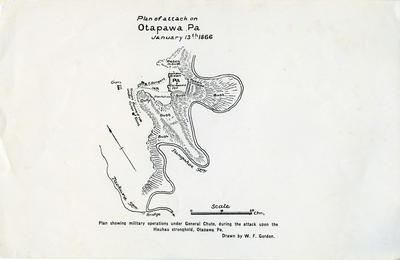 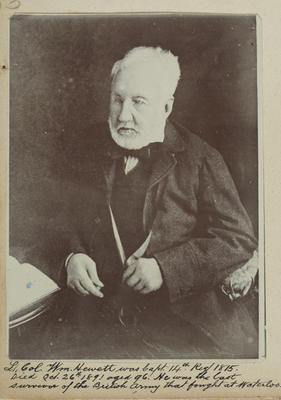 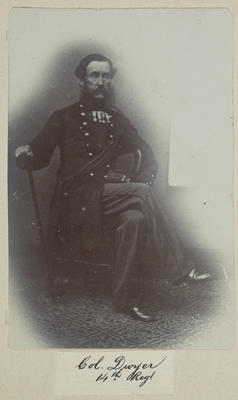 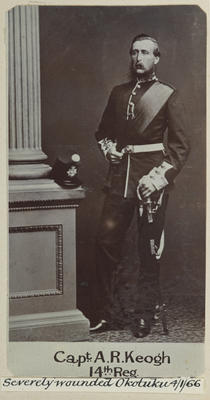 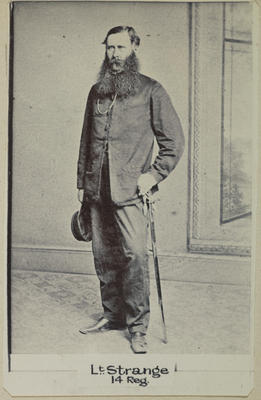 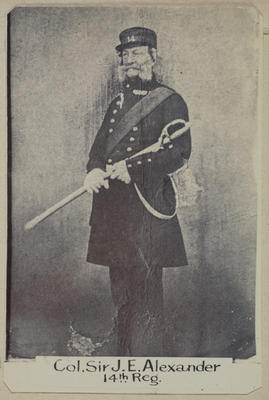 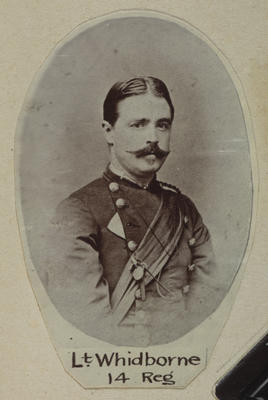 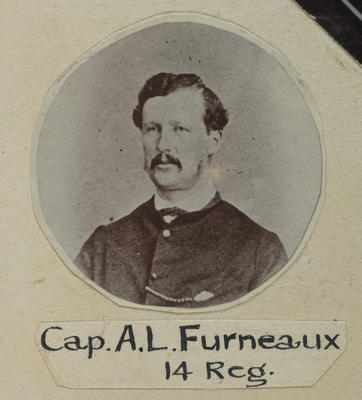