Biography
Taranaki's oldest surveying firm has just entered a new incarnation in its 100-year plus history. Renamed McKinlay Surveyors, its directors are Alan Doy, Graham Hills and Stephen Koning, who head a team of six surveyors and support staff.
McKinlay Surveyors, originally known as Sladden and Palmer when first formed in 1903, has undergone numerous name changes. Since 1903, it has been known as Palmer and Saxton (1939), Saxton and Urwin (1946), Saxton and Christie (1966), Saxton, Christie and McKinlay (1971), and McKinlay & Co (1988), says company director, Stephen Koning. Over more than 100 years the firm has surveyed "an incredible amount of Taranaki from Patea to Mokau," he said. "Projects have ranged from surveying some of the earliest suburbs and subdivisions, to new roads, to oil and gas production sites. The earliest plan we have been able to locate is by Lance Sladden dating back to 1891."
McKinlay Surveyors now handle wide-ranging survey works, from new subdivisions such as Tapuae Estate near Oakura, oil and gas projects such as Pohokura and the Kupe Condensate Storage Facility, to Crown surveys such as the Maori Freehold Land Registration Project. "Technology has changed dramatically over time," Mr Koning said. "Surveying once involved theodolites, steel tapes and survey plans painstakingly drawn and coloured by hand. Today we can employ robotic total stations and global satellite systems with millimetre accuracy, and online computer generated plans. What hasn't changed over the past 100 years is the same attention to detail that is required, clear communication, and a thorough understanding of the legislation governing land use and ownership."
Alan Doy and Stephen Koning are registered professional surveyors and with their team are members of the New Zealand Institute of Surveyors.
Source: Taranaki Daily News 9 March 2010 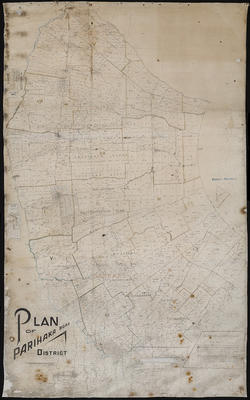