Biography
The 50th (Queen’s Own) regiment was stationed in Australia from 1833, conducting convict duties on Norfolk Island. Also known as the ‘Gallant 50th’ and the ‘Dirty Half-Hundred’, the Queen’s Own regiment initially sent a detachment to Aotearoa New Zealand in August 1834, on a rescue mission in Taranaki, where a settler woman and her children had been abducted. The regiment returned to Sydney in November of that year, and it was not until 1863 that the 50th regiment would return to our shores.

Then stationed at Ceylon, the 50th regiment was summoned to service in New Zealand at the request of Governor George Grey, along with detachments from the 18th, 43rd, and 68th regiments. Totaling 3000, many of these soldiers had fought during the Indian uprising of 1857. During their service, the Dirty Half-Hundred fought at Hairini during the Waikato wars, and at Nukumaru and in General Chute’s campaign in Whanganui and South Taranaki.

The attack at Hairini took place on February 22 1864, when General Cameron led a force of 50th regiment soldiers and reinforcements from the colonial defense cavalry and the Royal Artillery against Waikato Māori digging a defensive entrenchment ridge between Te Awamutu and Rangiaowhia. This attack was part of General Cameron’s plan to take Paterangi, the most heavily fortified structure built by Māori in the Waikato. Although it has been commonly described as a battle, historian James Belich asserts this event as an ‘anti-climax’, where according to Wiremu Tamihana, 9 of 400 Māori defenders were killed. The British casualties amounted to 22 out of over 1200 men, two of which were fatal. Belich argues rather than this being a major strategic battle, the Kingitanga used this skirmish as an opportunity to hold back the British while evacuating supplies from Rangiaowhia and Paterangi, before withdrawing from the fight.

On January 24 1865, Colonel Richard Waddy led 1,200 imperial troops from the 50th, 18th and 57th regiments from Whanganui to Nukumaru, accompanied by General Cameron. Nukumaru was part of the Waitotara block to which the Government laid claim, an issue contested by Ngāti Ruanui. Over the next two days between 400 and 600 Ngāti Ruanui and their Taranaki and Waikato supporters attacked the British force, from their positions in the surrounding bush. The British suffered 14 fatal losses, while the Taranaki Māori lost 23. The attack proved unsuccessful, with the Taranaki force and their allies retreating to Weraroa pa, giving way to British occupation at Nukumaru. The pursuit for land and crushing Māori resistance continued, with the 50th, 57th, and 68th regiments marching up the Patea river on the 13th of March, facing further attacks from their opponents.

The 50th regiment supplied reinforcements from Patea, along with those of the 18th, in General Chute's campaign to conquer unfortified pa between Whanganui and Taranaki. From December 1865, Chute led a combined force of the 14th, 18th, 57th and 50th regiments, a Maaori contingent, and the Forest Rangers in this campaign, and on January 7th 1866 they attacked fortifications at Te Putahi and Otapawa. Ten days later, 500 of the combined forces left Ketemarae (Normanby), embarking upon a journey of destruction through the forest. Over the next six weeks, Chute cleared the forest between Waitotara and Taranaki with his 'scorched earth' policy, destroying villages, livestock and crops in order to quell Taranaki resistance. Chute and his combined forces reached New Plymouth by the 26th of January 1866.

The 50th regiment left New Zealand for Sydney between 1866 and 1867 with relatively few soldiers taking their discharge here. 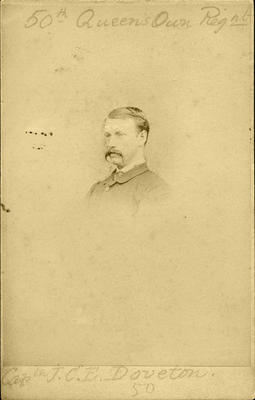 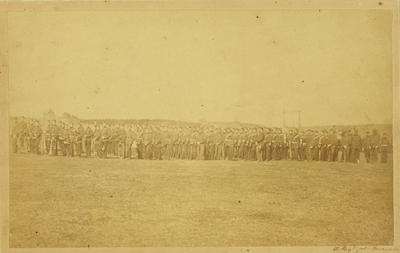 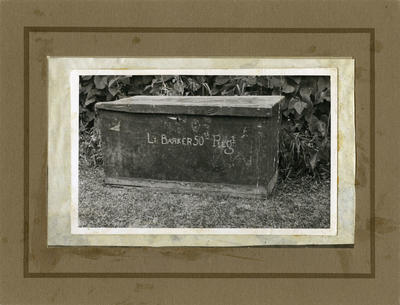 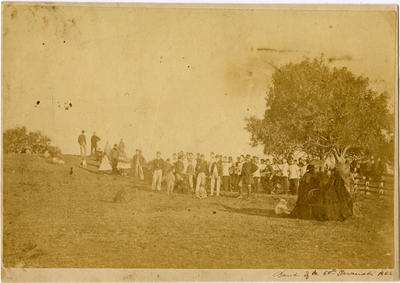 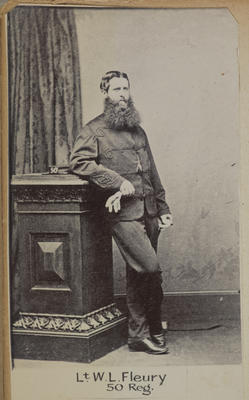 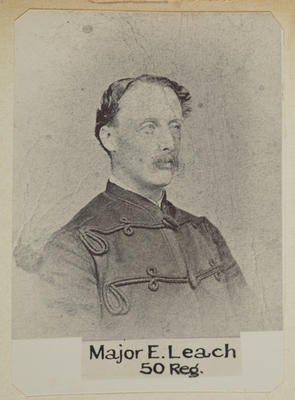 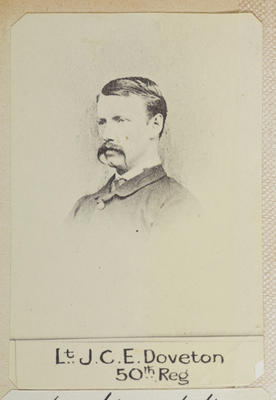