Biography
Antonio Rodriguez de Sardinha was a Trooper in the Taranaki Mounted Volunteers. He was awarded the New Zealand Cross for assisting and carrying wounded men from the field on many occasions but especially on 2 October 1863 at Poutoko and 11 March 1864 at Kaitake. His behaviour was repeatedly mentioned by Colonel Warre and other officers in their dispatches.
Two other soldiers, Dudley Stagpoole and John Down, were active in rescuing wounded men at the same events as Rodriguez but because Stagpoole and Down were in British soldiers of the 57th Regiment, they were immediately awarded the Victoria Cross for their bravery while Rodriguez was ignored because he was part of a colonial volunteer corps. Rodriguez would not be honoured for his bravery until 1877 when he was awarded the New Zealand Cross, a military decoration created in order to honour all soldiers who fought in any corps in New Zealand.
Rodriguez was born in Madeira, Portugal and was a servant to the Mace family before they emigrated to New Zealand in 1852. He settled in Omata, near New Plymouth.
- - The Queen's Heroes: Victoria and New Zealand Crosses, Murray Moorhead

The Dashing Horseman
Antonio Rodriguez de Sardinha was a Trooper in the Taranaki Mounted Volunteers. He was also one of only two men from the Taranaki Militia who was awarded the New Zealand Cross for brave conduct during the Taranaki Wars.
Rodriguez was born in 1832 in Portugal and was a servant to the Mace family. He travelled with the Mace family to New Zealand in 1852 and took up arms at the outbreak of war. Rodriguez first joined the Taranaki Rifle Volunteers before transferring to the Taranaki Mounted Volunteers under the command of Captain Francis Joseph Mace.
He was remembered as showing “great dash and bravery” while enlisted with the Mounted Volunteers. Most notably for assisting and carrying wounded men from the field on the back of his horse. His obituary in the Taranaki Herald in 1865 described him as a “dashing horseman”, a “gallant trooper” and “always a pleasure to see him astride his well-kept charger”.
The Garrison order book mentions Rodriguez on one occasion on 12 March 1864 after the skirmish in Kaitake where he put his life at risk to save wounded men. His actions were highly commended by Lieutenant Colonel Henry James Warre C.B., who conveyed his “best and heartfelt thanks” to Rodriguez for his repeated acts of gallantry. However, to the disappointment of many, Rodriguez was never awarded the Victoria Cross, as it was an award reserved for Imperial Troops. His brave conduct was later recognised in 1877, when he was presented with a New Zealand Cross – one of the rarest military decorations in the world.
Since 1877, Rodriguez’s New Zealand Cross has travelled from New Zealand, to London and then to the United States of America. In 1907 the medal was infamously sold in London to an Irish military collector. It then passed through a number of dealers before it was bought by the American collector Lester Watson for £96. It has since been gifted to the University of Cambridge in America and is stored at the University’s Fitzwilliam Museum in England.
It was thought that Rodriguez had no family. However due to the online availability of the medal, three family members have since contacted the museum in regards to their heritage. After 140 years Rodriguez has managed to bring his family together.
For more information on the gallant Antonio Rodriguez refer to the 12/03 entry in the Garrison order book. You can also search the family biography file in the Taranaki Research Centre at Puke Ariki. His New Zealand Cross can be viewed online at http://www.fitzmuseum.cam.ac.uk/. 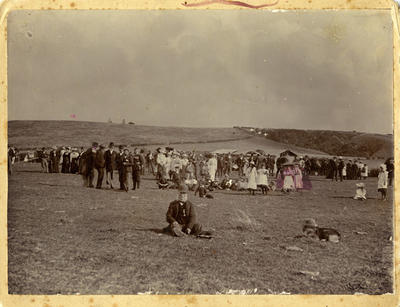 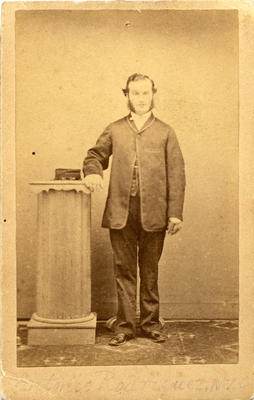