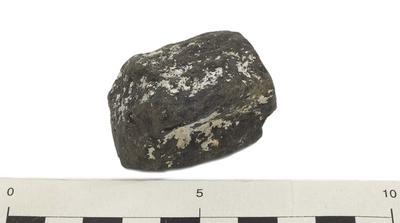 Description
A 75 gram fragment of the Mokoia meteorite. The fragment has a black fusion crust and a slightly rounded shape. Numerous white Calcium Aluminium Inclusions are visible on the surface. It appears as though a sample of the meteorite has been sliced off one side.
See full details