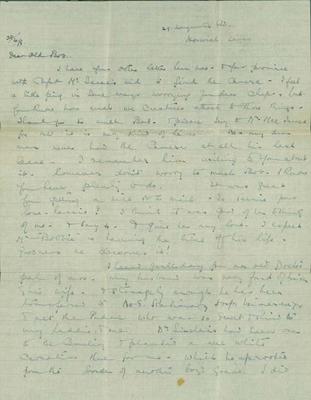 Cheque for twenty three pounds on the Bank of New South Wales, Stratford made out to R. Reid for the Midhurst Co-operative Dairy Company. 20 October 1927

Letter from Mary Malone to Robert Reid, 24 June 1918. Envelope and photo of Mary found in envelope.