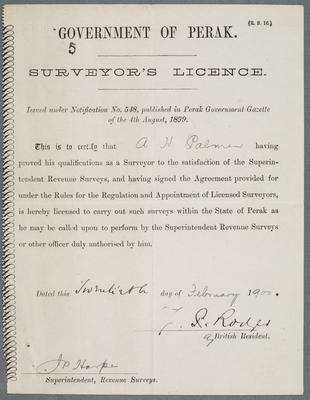 4. Certificate. The New Zealand Society of Civil Engineers to certify that Alfred Henry Palmer has satisfied the council that he is trained and experienced as a County and Borough Engineer and admitted as an Associate to the Society. 21 February 1916.