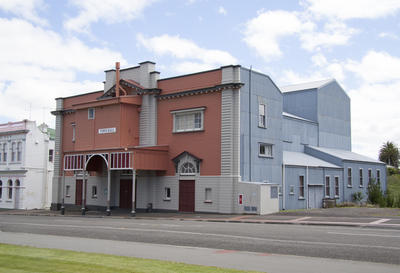 Jack designed many of Taranki's landmark structures. The Puke Ariki archive holds a collection of more than 1800 architectural plans documenting some of the 432 buildings that he designed. Conducting business in south Taranaki for several decades, the plans demonstrate the changing fashions and technologies of architecture in the region.

The photographs were taken for reproduction in 'Concepts made Concrete', Puke Ariki's temporary exhibition of Duffill's work (16 December 2013 to 6 February 2014).
See full details