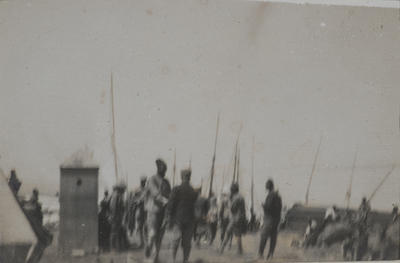 Production date
Jun 1915
Description
View of uniformed troops walking about on a wharf in the town of Moudros on the island of Lemnos, Greece. Watson has identified the troops as being Sudanese, Senegalese and French. The date of the photograph has been given as 7 June 1915 but this does not fit with Watson's itinerary. The photograph was likely taken later in June, around the 21-23rd June 1915.
See full details