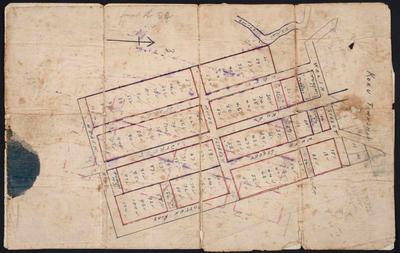 - Photocopy. 'The Monastery at Koru'. Undated.

- Photocopy. 'Survived to face the indignity of demolition'. Undated.

- 'Pioneering not easy for those who were 'different'. 18 December 1988, The Sunday Express.

- 'Trees to be removed from Koru Pa'. Undated.

my grandfather Marc Voullaire also has held in your archives his drawings and memories of living on Koru Road of the Monastery and the cemetary that was across the road. I do wish that the cemetary was fenced off and acknowledged as a sacred site - after all, it was a burial site of some of the earliest people to that district.