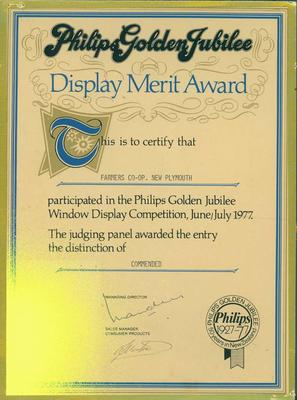 Certificate.Farmers Co-op, best display in the window dressing competition held in conjunction with the annual Festival of the Pines. Awarded 18 February 1979.

Letter. Letter of thanks from the Bendon Berlei Wellington Area Sales Manager to the Display Manageress, Farmers Co-op, for the effort put into window and instore displays of Bendon garments. 1 May 1980.