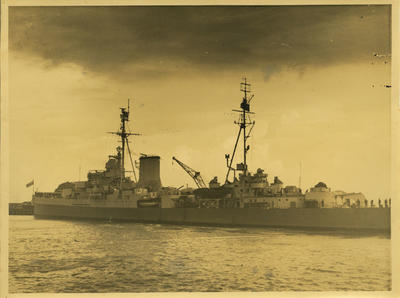 Description
The HMS Achilles (pennant number 70) was a Leander class cruiser which served with the Royal New Zealand Navy in World War II. She became famous for her part in the Battle of the River Plate, alongside HMS Ajax and HMS Exeter. She was the second of five ships of the Leander class light cruisers, designed as effective follow-ons to the York class. Upgraded to Improved Leander class, she was capable of carrying an aircraft, becoming the first ship to carry a Supermarine Walrus, although both Walruses were lost before WWII began.
See full details